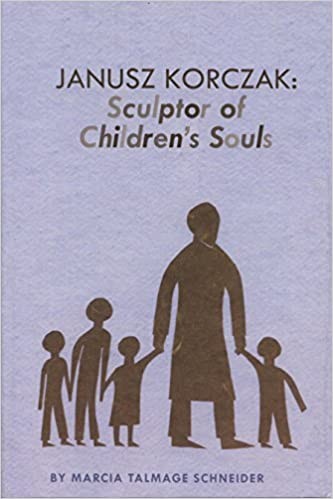 Marcia Talmage Schneider traveled to Israel where she traced Janusz Korczak's legacy through first hand interviews with ten graduates of Korczak's Jewish Warsaw, Poland orphanage. It was these interviews which were the basis of her book, Janusz Korczak; Sculptor of Children's Souls.

Join us for this fascinating talk about Marcia's journey, how she first "met" Korzack through the stories of the ten people whom she interviewed for the book, understanding what it was like to live in the orphanage, and how Korczak's philosophy and methods and personality influenced them in their lives.  The persons or 'his children' range from photographers and artists to psychologists and educators.

Marcia Talmage Schneider pursued Judaic Studies at New York University and also studies at Jewish Theological Seminary.  She lived in Israel where she taught and contributed to a cultural anthropology. She was an educator for total of 40 years in both Jewish day schools and in New York City Public Schools.  Upon retirement, she went to Israel where she traced Korczak's legacy. Talmage Schneider was one of the founding members of the Janusz Korczack Association of United States.  She presented at the International Korczak Association in Warsaw talking about the contents of her book and at Columbia University Department of Slavic Studies .