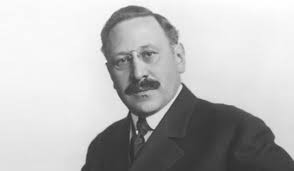 Julius Rosenwald was the son of first generation German Jewish immigrants who became the business partner with Sears, Roebuck and Company.  He eventually fashioned the business into the greatest mail order firm in the world.  As a philanthropist, Rosenwald revolutionized American public school education by funding over 5300 schools dedicated exclusively to the education of African Americans in the early 20th century.

Laura Ferber Hazen's grandparents and father were rescued from Nazi Germany by Rosenwald, as he also rescued countless other Jewish families from Germany.  Laura is an actress, set designer and director and has recently become the Executive Director of Development in the United States for Friends of Herzog Hospital located in Jerusalem.