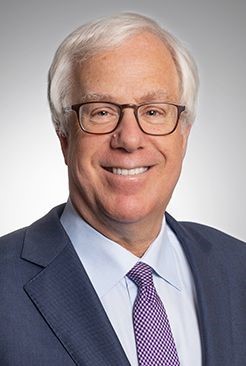 GREAT BARRINGTON – On Friday, July 22, at 10:45 a.m., Knosh & Knowledge welcomes Jeffrey Robbins, litigator, pundit and former US Delegate to the United Nations Human Rights Commission. His topic will be: “Birds of a Feather: Anti-Semitism on the Far Right and the Far Left.”

He’ll talk about anti-Semitic narratives emanating from both sides of the political spectrum, as well as the corrosive influence of the Boycott, Divestment, and Sanctions (BDS) movement nationally and in Massachusetts.

Knosh & Knowledge programs take place at Hevreh of Southern Berkshire, 270 State Road in Great Barrington. For more on this free program and other Federation events, visit our calendar of events at jewishberkshires.org. Masking at indoor Federation events is optional, but encouraged.

Jeff Robbins handles high-stakes litigation for companies and individuals who are entangled in corporate, shareholder, employment and a variety of other disputes, defending against or bringing defamation claims, or under corporate or congressional investigation. His notable cases include his successful defense of newspapers and other companies sued for defamation, resulting in two seminal defamation decisions issued by the Massachusetts Supreme Judicial Court upholding summary judgment for prominent defendants.

Robbins was appointed Assistant US Attorney for the District of Massachusetts, where he focused on civil fraud cases and money laundering investigations, as well as investigations involving hospitals, physicians and pharmacies. In 1999 and then again in 2000 he was appointed by President Clinton as a US Delegate to the United Nations Human Rights Commission in Geneva, Switzerland.

Beyond his legal practice, Robbins is a weekly columnist for the Boston Herald, writing about politics, foreign policy and national security issues. His columns have also appeared in the Wall Street Journal, Boston Globe, New York Observer, Christian Science Monitor, and The Times of Israel. He has lectured widely throughout the United States and Canada on issues relating to the Mideast, and is a Visiting Professor of the Practice of Political Science at Brown University. Jeff is also the former chairman of the New England Board of the Anti-Defamation League, and the former president of the World Affairs Council of Boston.

A Few Questions for Jeff Robbins

The Berkshire Jewish Voice caught up with Jeff in early June. Here’s an excerpt of our conversation, which has been edited for length and clarity.

When you look at the current political situation, particularly regarding anti-Semitic issues, what keeps you up at night?

Frankly, I think that the threats posed by anti-Semitism on the left at the moment are greater in America than they are from the right. That's not to discount the threats of the Proud Boys and the Oath Keepers. That kind of subterranean movement runs a lot wider and deeper in America than is commonly understood, so I am concerned about that. But having said that, the bullying, the intimidation, the vitriol, the ostracization of Jewish kids on campus, the infection of certain components of the Civil Rights movement and communities of color with whom the Jewish community has been allied for so long, so meaningfully, the anti-Semitism posing as anti-Israelism, or the rejection of the very notion that Jews should have a refuge that is de rigueur on campus and in progressive quarters, that worries me a great deal. That, to me, is the biggest threat of all that Jews face in the United States.

It's linked to the hatred loose against Israel and the profoundly unfair, deeply unjust attacks on Israel by people holding themselves out as progressives who wouldn't know progressivism from at all t based on what they seem to say about the Middle East. Which is not to say that anti-Israelism equals anti-Semitism, or that obviously even vitriolic attacks against Israel are tantamount to anti-Semitism. But let's be real. The two are very much linked, and they pose a real danger for Jews who are facing attacks on campuses, in communities, in cities, in villages, in progressive quarters, in political movements.

In the wake of public pushback against other aspects of a perceived progressive agenda, do you feel that the public may push back against the left-wing anti-Semitism and anti- Zionism?

No, because I see the polls that show, among Democratic Party constituencies, a seriously eroded support for Israel. I see the rallies that followed last May's war [in Israel], where you had rockets by the hundreds and thousands being fired at Israeli civilian centers by people whose desire it is to kill, or if not kill, maim civilians using Palestinians as human shields. And when Israel has the temerity to try to stop that, it's Israel that is the egregious human rights violator. I mean, that is well beyond Alice in Wonderland. And when I see Israel getting attacked and the attacks against Jews in the wake of that, those attacks are coming from the left. They're not coming from the right.

I was, first of all, council for the Democratic senators on various Senate committees. I was appointed by President Clinton as a US delegate to the United Nations. Human Rights Commission. I've written over and over and over again about my loathing of Trump. So I'm not exactly on the right generally; but on the other hand, those who are calling for or working for the belittling of Israel, the diminution of Jewish identity, hardly qualify as progressives. I mean, what a phony attempt to wrap themselves in a progressive flag.

Bari Weiss and Batya Ungar Sargon are two wonderful young writers who are pushing back against these narratives. Is there, in your estimation, in the younger Jewish consciousness, a counterbalancing force that is becoming more assertive in their pro-Israel, pro-Jewish attitudes? Or is that just a small number of young Jews?.

Do Batya Ungar Sargon and Bari Weiss represent a counterattack that has wide-ranging support? I don't think so. Now, the good news. I teach political science at Brown University. Underneath the surface, there actually is among many students a skepticism of political of left-wing orthodoxy. And there's an initial unwillingness to talk about it openly because of the fear of being ostracized because the orthodoxy is so powerful. But if invited to do so by a professor – which I do – you find that there are plenty of students who are not buying in. That's good news. But on the other hand, I fear that the very purpose of the BDS movement is to drive people, especially Jewish kids, underground, to intimidate them into silence, to normalize a one-sided narrative, to make it socially repulsive to speak up in support of Israel. And what are students who are 17, 18, 20, or 21 going to do?

Friday, September 16, at 10:45 a.m.: Rebecca Soffer on The Modern Loss Handbook: An Interactive Guide to Moving Through Grief and Building Your Resilience.

Friday, October 14, at 10:45 a.m.: New York Times journalist Linda Greenhouse on Does the Supreme Court Have A Future?